Every November my husband and his friends take off to a holiday rental, where they spend three days playing games and catching up. During these weekends they traditionally feed themselves with tinned soup and kale mash, but one of the nights my husband does the cooking, choosing a  surprise theme or cuisine to feed the crowd. The girls and I don’t join the group for these weekends, but we do join in the fun when it comes to the recipe testing preceding them. The past few years we’ve been treated to a Lebanese buffet, Mexican food, Spanish tapas and other crowd pleasers and this year the main dish was homemade falafel with all the trimmings. 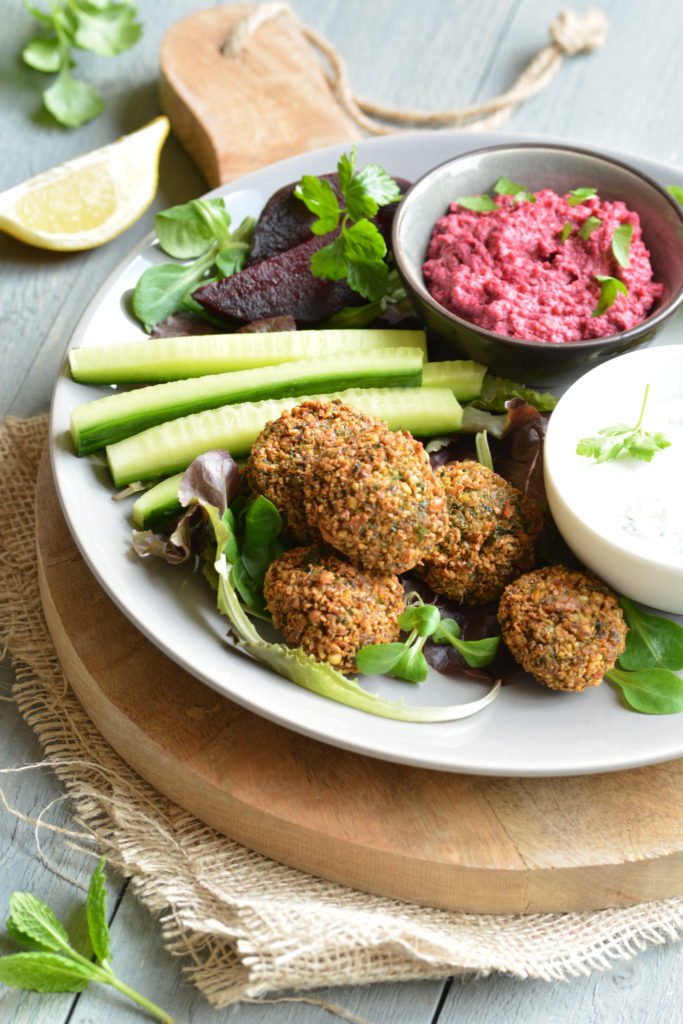 After a few rounds of trial and error, we agreed upon the perfect recipe and the resulting pile of falafel was as big a hit amongst the friends as it was at our place. Although my role in the recipe development has been limited to tasting and commenting, I want to share the result anyway, because it’s just so good and because it more than deserves a place here along with my other goodies. 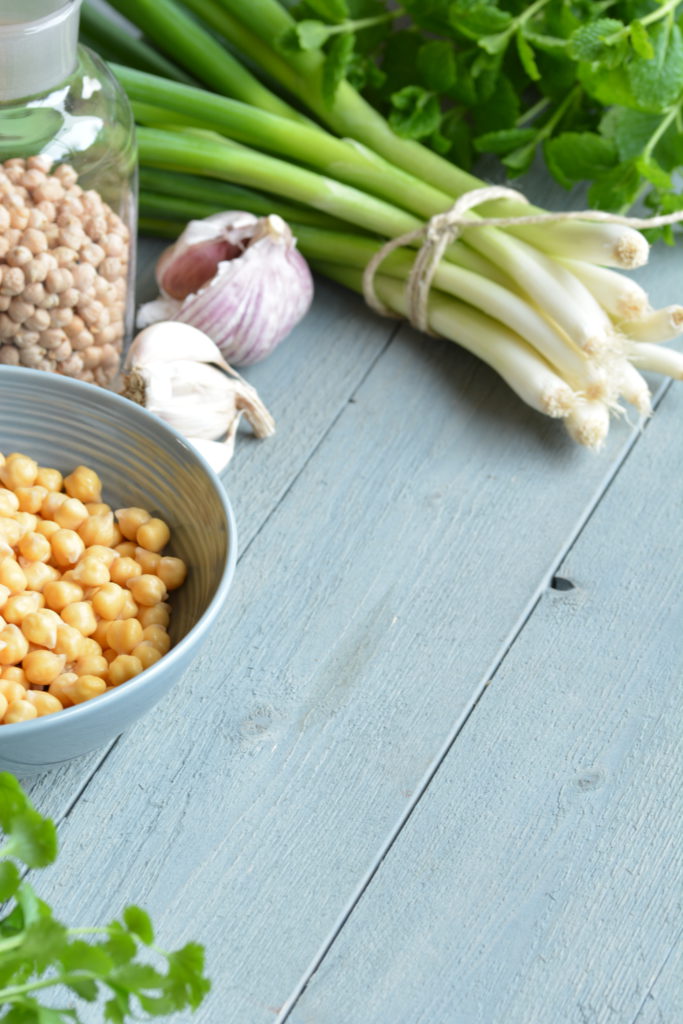 Once you get the proportions right, making falafel is dead simple. We made them using dried chickpeas which are soaked overnight – which is the only thing that requires time and planning. After soaking, the peas are softened enough to be whizzed to crumbs while still raw, along with the add-ins for flavour. We combined them with spring onions and  a ton of fresh green herbs and spices, which add moisture to the peas, make your kitchen smell like fresh food heaven and give the mixture that characteristic falafel flavour. The resulting crumbs are easily shaped into little balls and then cooked. 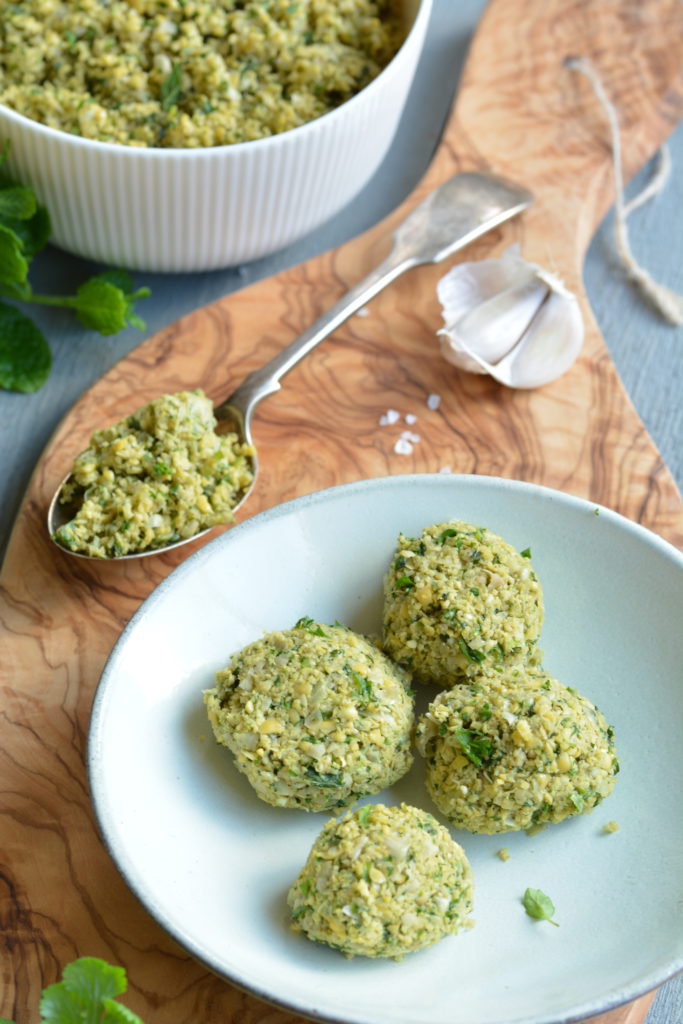 When I have to choose between oven or frying pan to cook things, nine out of ten times I’ll pick the first. For these falafels I gladly make an exception, though. They’re shallow fried, which turns the outside amazingly crisp, while cooking the raw center to fluffy and yummy with just enough bite, and all this in mere minutes. Does it show that I love them? 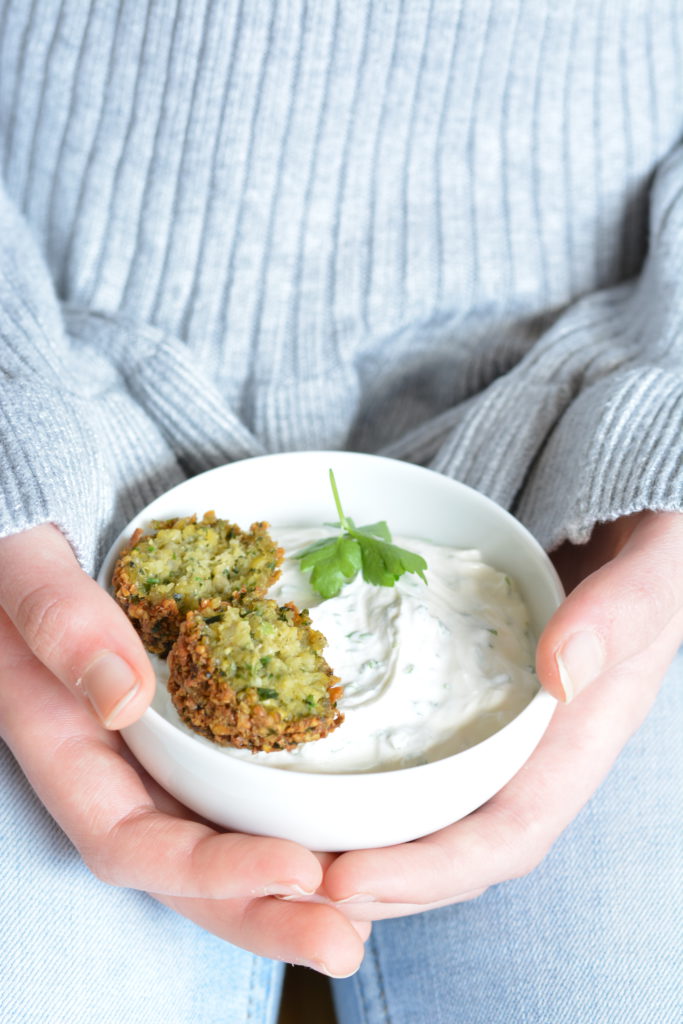 At home we enjoy them for dinner, combined with flatbreads, homemade beetroot hummus or red pepper hummus, sweet potato fries and lots of other raw and roasted veggies, and cucumber yogurt or plantbased cream and herbs. Simply served with the last, they also make a great afternoon snack. 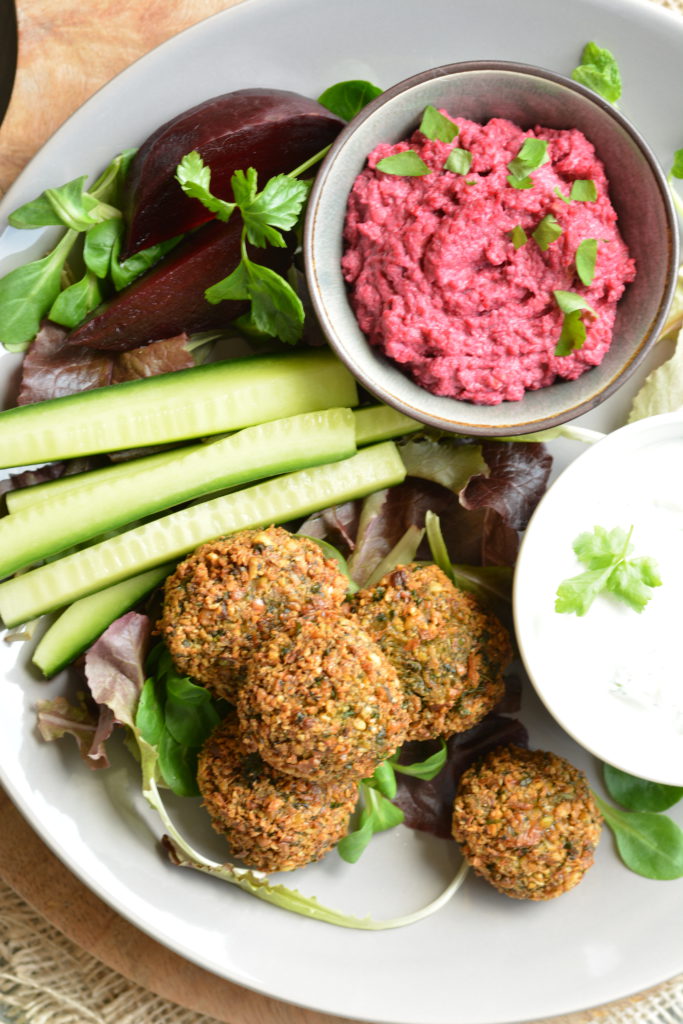 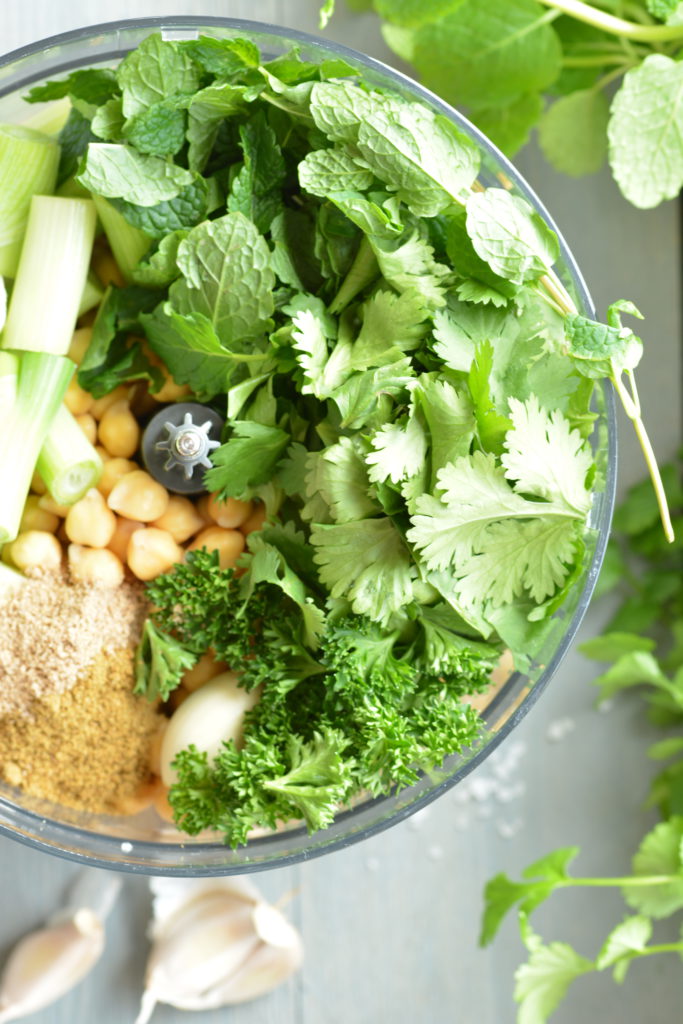 Drain the chickpeas. Put them in the mixing bowl of a food processor, together with the spring onions, garlic cloves, herbs and spices. Whizz until finely ground.

In a large frying pan, heat a cm of sunflower oil. When it’s hot enough to crisp up a small piece of bread, gently spoon in the falafel balls. You don’t want to crowd the pan, so you may have to work in batches. Shallow fry the falafels until the bottom sides are golden and crisp, then flip them over and fry the other sides.

Drain the falafels on a piece of kitchen paper, then enjoy with sides of your choice. They’re lovely served with flatbreads, crudités, sweet potato fries or other roasted veggies, plain hummus, roasted red pepper hummus or beet hummus, or simply as a snack with cucumber yogurt or plantbased cream and herbs. 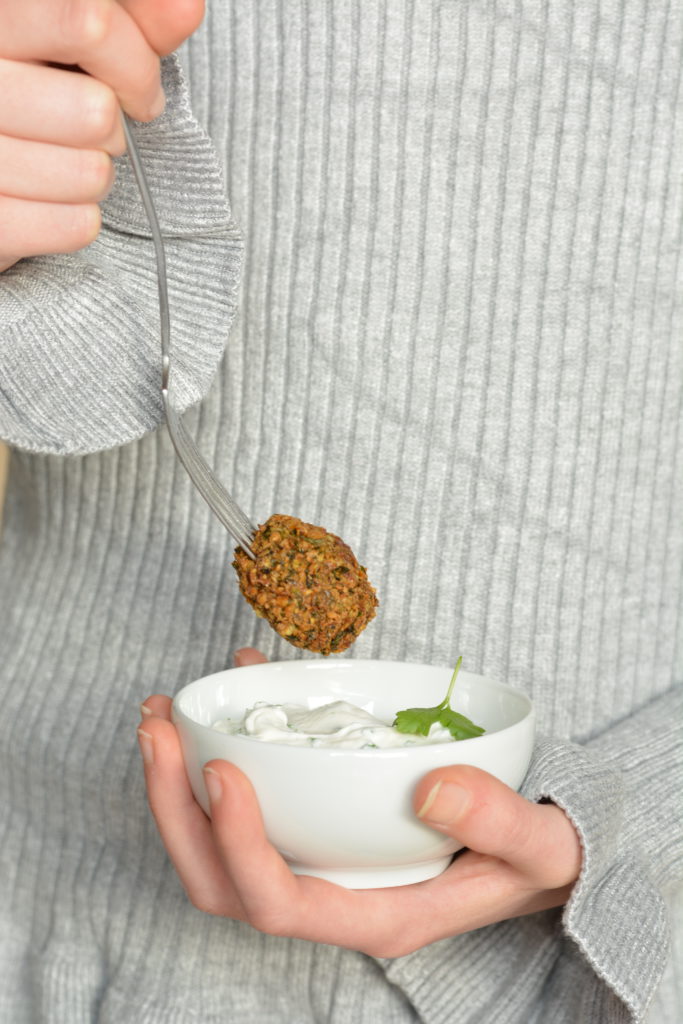