Last week a dear friend of mine surprised me with a bucketful of freshly picked sour cherries. Where I live, sour cherries aren’t a very common find. Only a few orchards grow them and as they don’t keep long once picked, you won’t find them in many veg stores either. When you do happen upon them, though, you’re in for a treat. Though they’re not pleasant to eat straight off the tree, their tart, pronounced cherry flavour makes them perfect for cooking. They make the best cherry cake filling, jam or addition to salads and savoury dishes, to name just a few options. So when I was gifted this batch of red gems, I headed into the kitchen immediately. I turned half of them into a delicious lemon and vanilla flavoured sour cherry compote and popped the other half in the oven to make dried sour cherries. 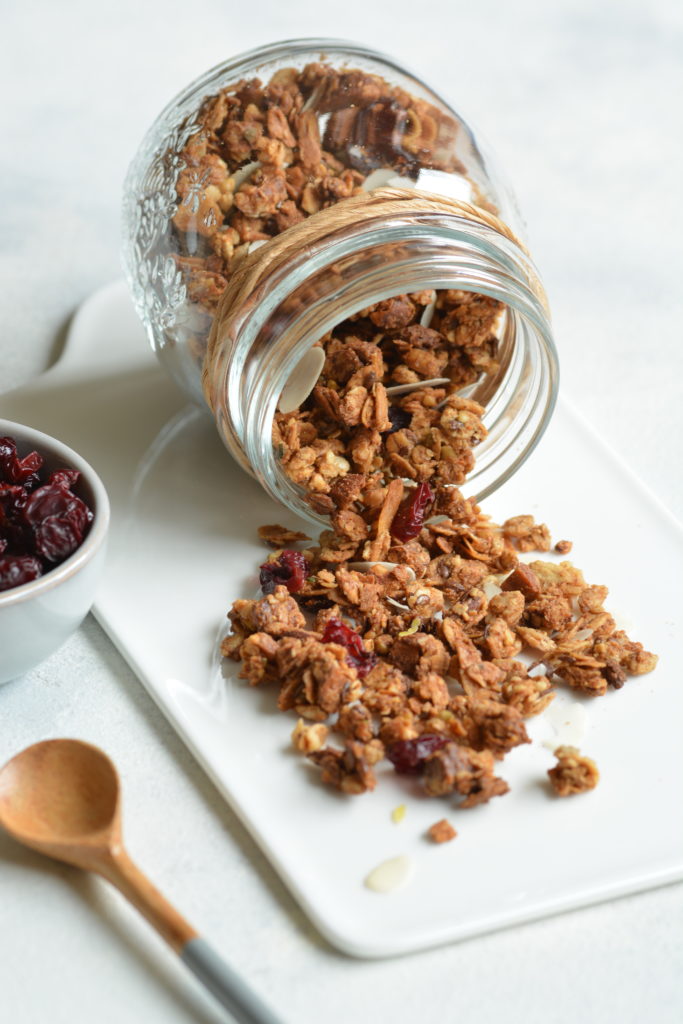 Dried sour cherries make a delicious snack or salad topping and preserving them this way means you can enjoy their summer flavour for much longer. You can dry them as they are, which turns them into tart little bits which can be used to add punch to salads and savoury dishes. For my personal taste, though, this resulting tartness is just a bit too harsh. As I wanted to use them to add to my lemon and almond granola, I sweetened them just a bit before dehydrating them. Simply simmering them for a short time in some reduced organic apple juice takes the edge off their acidity and turns them into a lovely sweet and sour treat once dried. The remaining apple and cherry syrup is wonderful drizzled over ice cream or porridge. 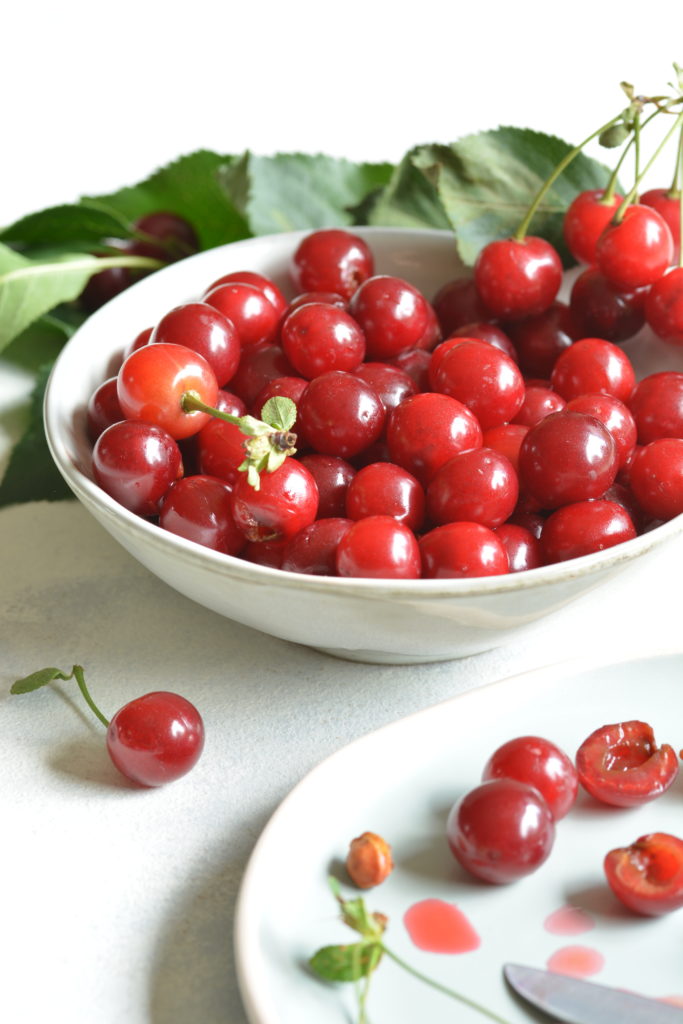 After stoning and sweetening the cherries, the only thing needed is a very low oven and some patience while they slowly dehydrate. Depending on how much time you have and how plump you want the dried cherries to turn out, you can dry the stoned cherries whole, or halve them before sweetening and drying them. The latter method, which I describe below, takes about 4 hours of drying time and results in perfectly dried, small cherry bits. If you use whole cherries, the drying time can run up to over 12 hours and the resulting dried fruits will be more plump and fleshy, like raisins. Just keep an eye out at the end of the drying time and take them out of the oven earlier if needed, to prevent them turning crisp. Once the cherries have the dried and wrinkled look you’re after, let them cool for 20 minutes, then open one and squeeze a bit to check for remaining moisture inside. It should be sticky but dry to the touch; in case of residual moisture, just return the tray to the oven for 1-2 hours. 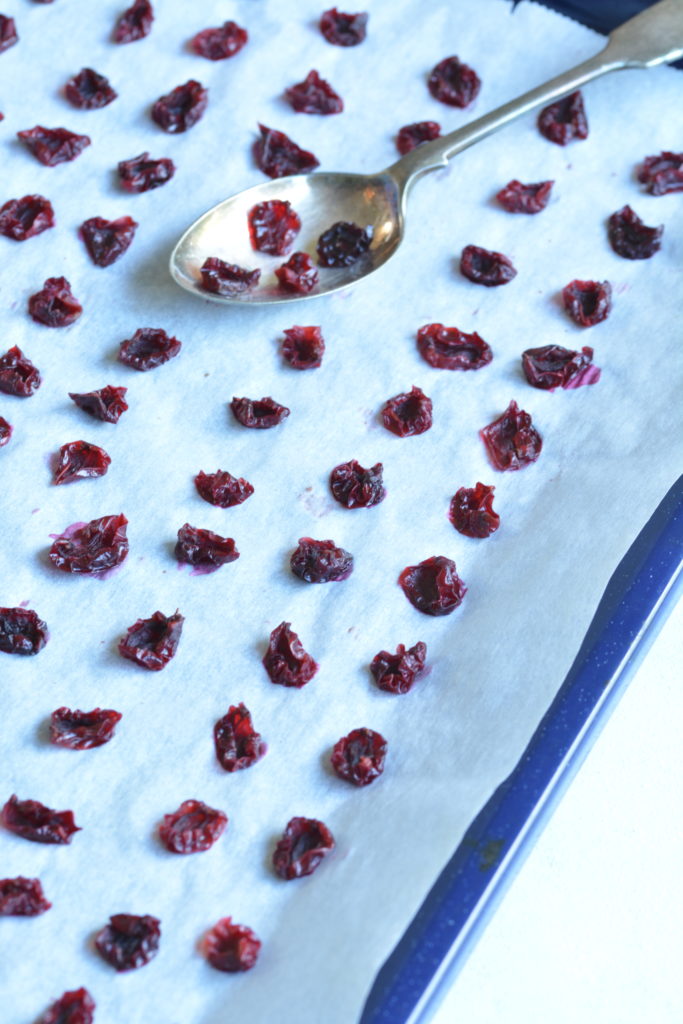 If you have a dehydrator, the timing, temperature and procedure are identical. And instead of sour cherries, you can of course use regular sweet cherries for drying too. They won’t need any additional sweetener, but as they are usually bigger than their sour siblings, they may need longer to dehydrate. 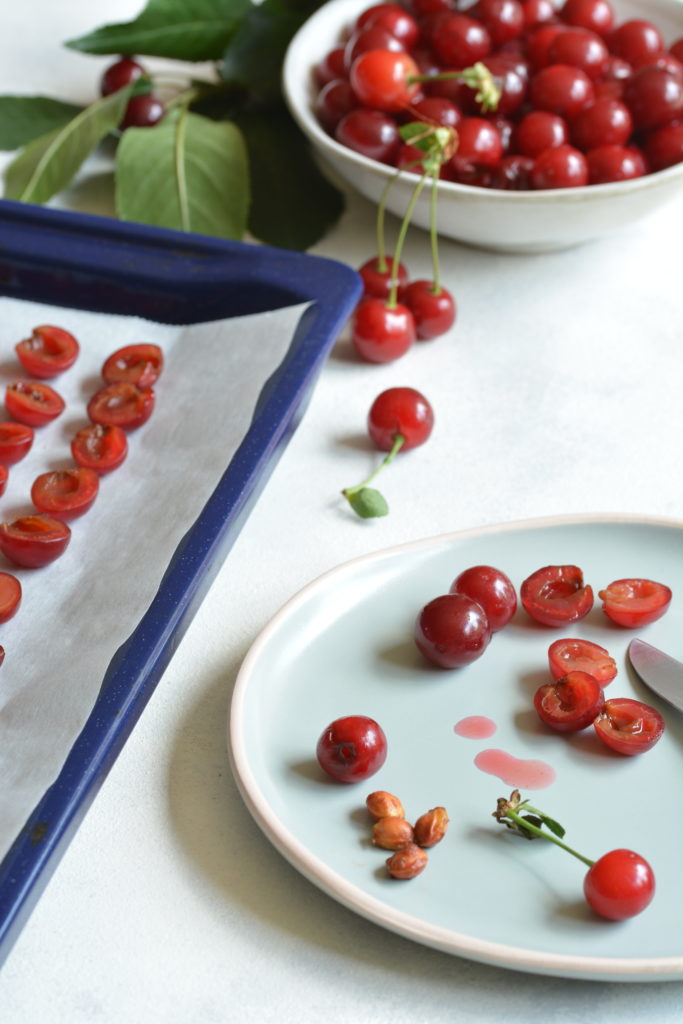 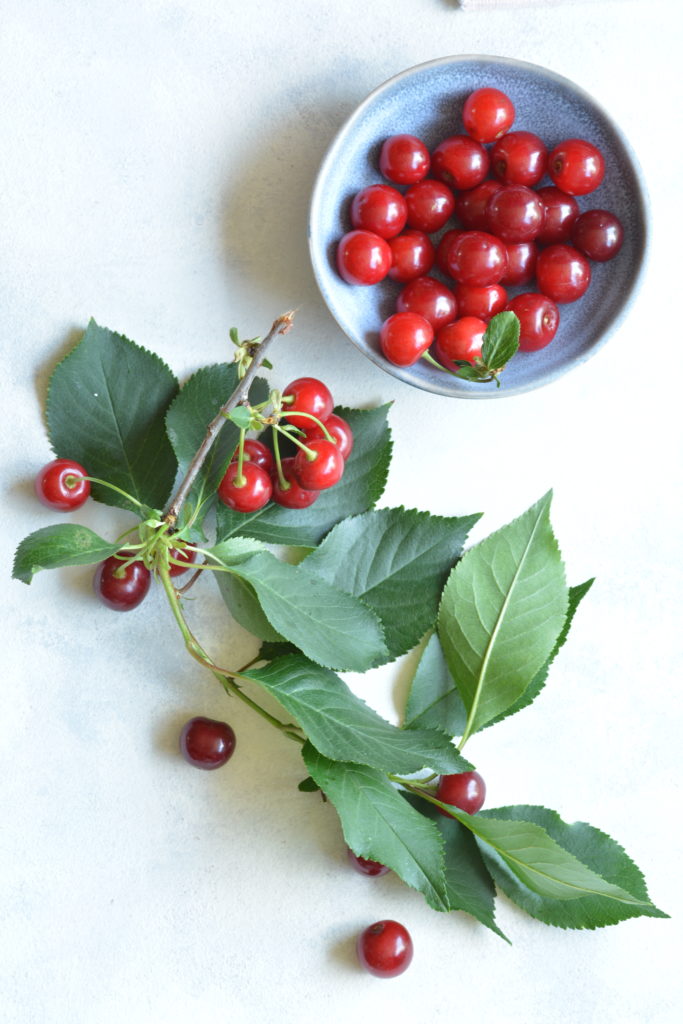 Pour the apple juice into a saucepan. Bring to a boil, then reduce over a medium heat to half its volume.

Heat the oven to 65°C/150°F. If your oven doesn’t go this low, keep the oven door slightly open to let some of the heat escape.

Drain the cherries. Reserve the remaining liquid to drizzle over porridge or ice cream.

Pat the cherries dry with kitchen paper, then arrange them, cut side up, over a lined baking sheet. To enhance the drying process, make sure the cherry halves don’t touch.

Leave the cherries to dehydrate until they’re wrinkled, dry to the touch, but still pliable. In my oven this takes about 4 hours. As ovens can vary, though, keep an eye out and adjust the drying time if needed. Also, make sure the oven temperature doesn’t exceed the stated temperature, to prevent the cherries from being cooked or burnt instead of dehydrated.

Once dried, take the baking sheet out of the oven and leave the cherries to cool completely.

Store them in a cool place in an airtight container for a tasty treat. Alternatively, use them as a salad topping, as part of a grain dish or middle-Eastern stew or as part of my almond granola with lemon and dried sour cherries. 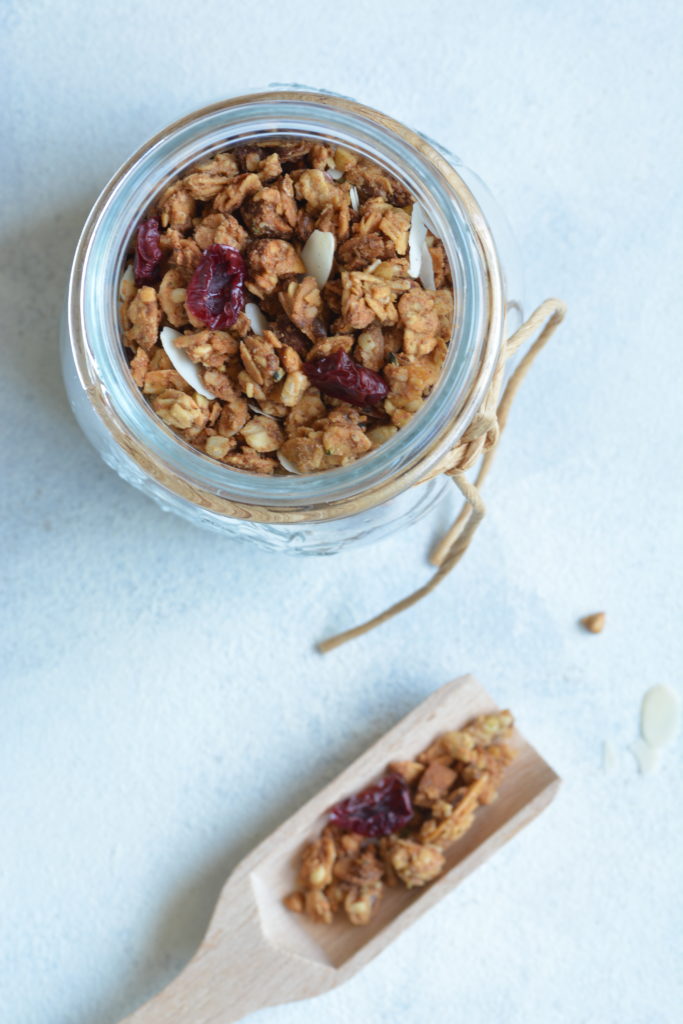