Some days comfort food is called for. And on days like these, nothing beats pasta in a creamy sauce. Below you’ll find my current favourite version: spaghetti with cashew cream, peas and mushrooms. This one ticks all the boxes: it’s creamy, nutritious, filled with different textures and flavours and easy to whip up. 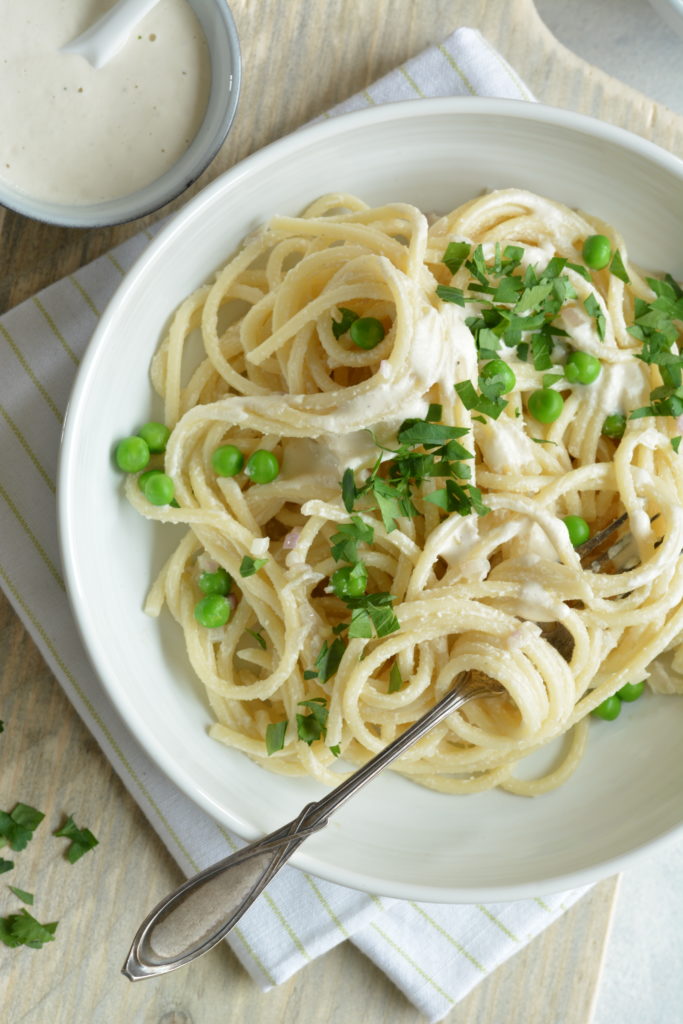 As said, cashew nuts make the base for the creamy sauce. With their soft texture and flavour they’re a versatile miracle ingredient that’s equally suitable for sweet baking (think sweet cashew milk and beautifully creamy cake frosting) as it is for savoury cooking. Every time I use them, I’m amazed how this 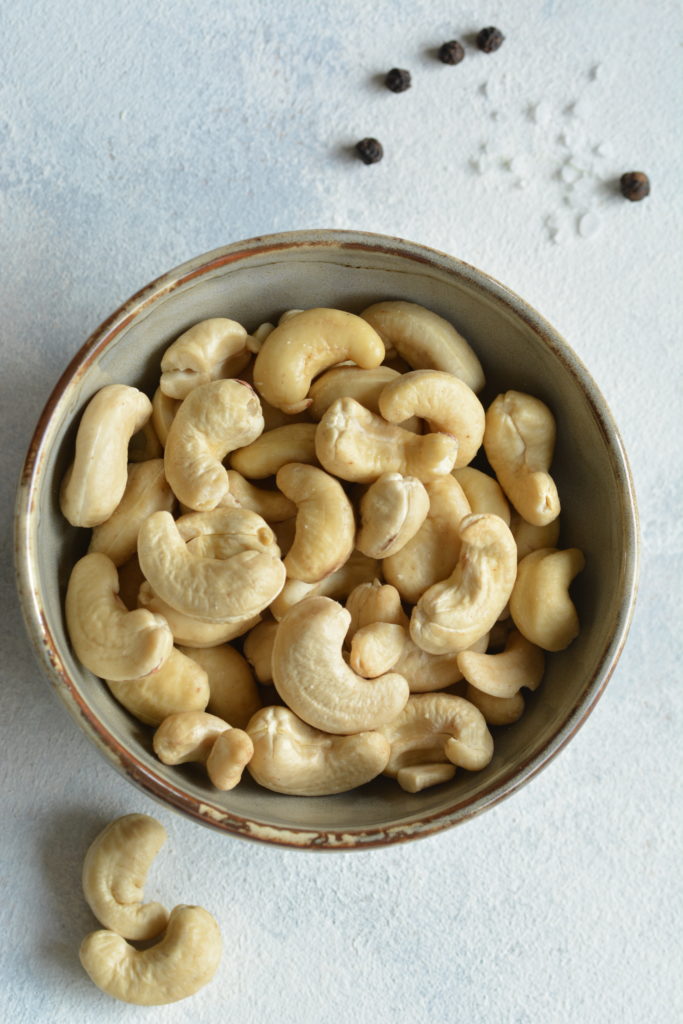 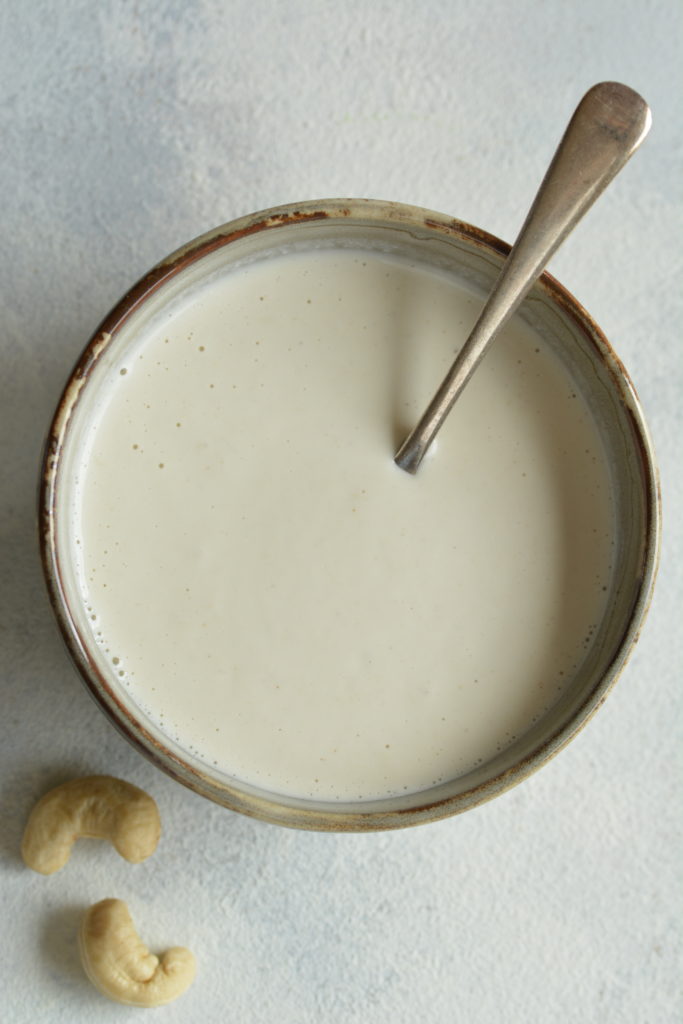 just by pressing the blender button. Simply remember to soak them in cold water a few hours beforehand and your sauce will be smooth and ready for you in a matter of seconds. 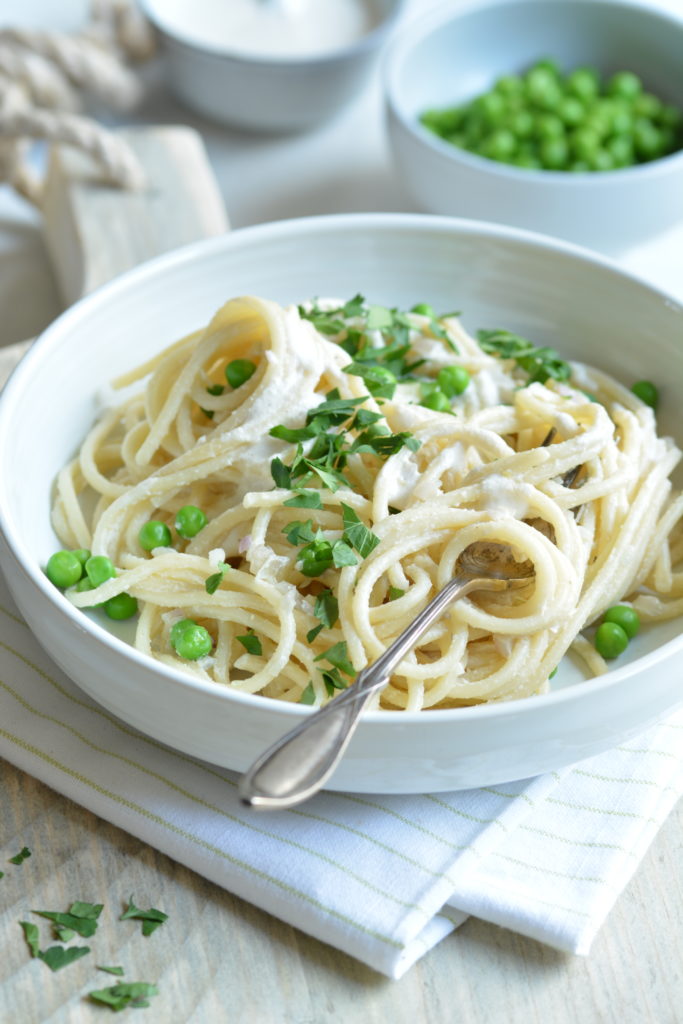 You can make the sauce thick and cheesy by adding nutritional yeast. But as spring is in the air, I’m going for lighter flavours in this one. Soft cooked shallots and garlic, a spoonful of Dijon mustard and a heavy load of freshly chopped soft herbs. A large bunch of flat-leaf parsley works beautifully, but it’s even more delicious if you add the soft flavours of dill, tarragon and chervil.

Now some crisp and juicy sweet peas for that extra spring flavour and a batch of fried mushrooms for a good umami punch and your bowl of comfort is ready. 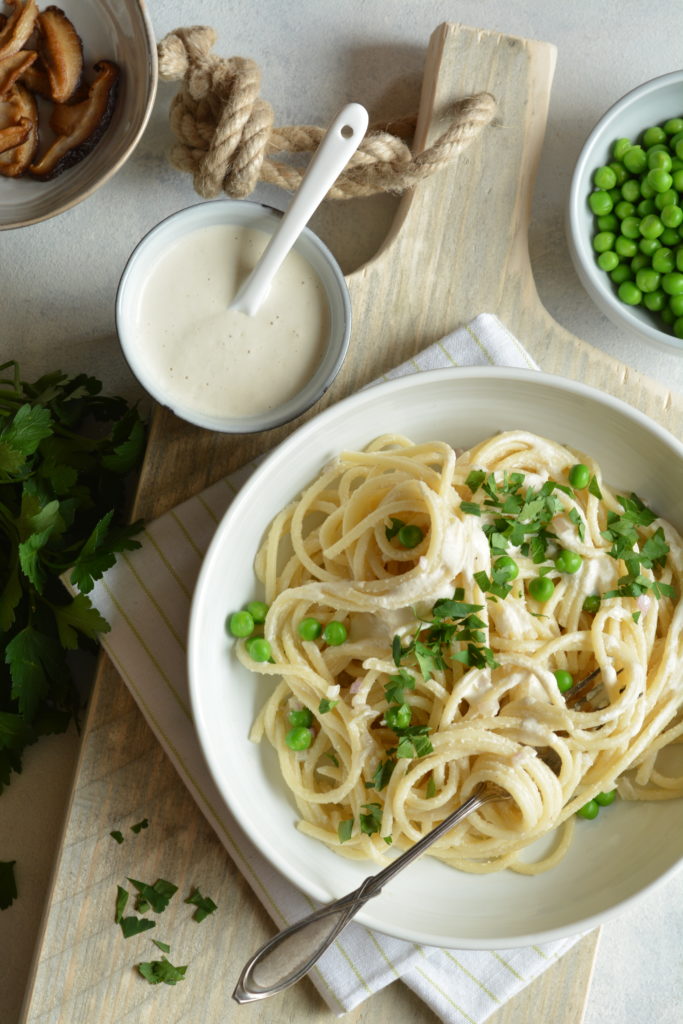 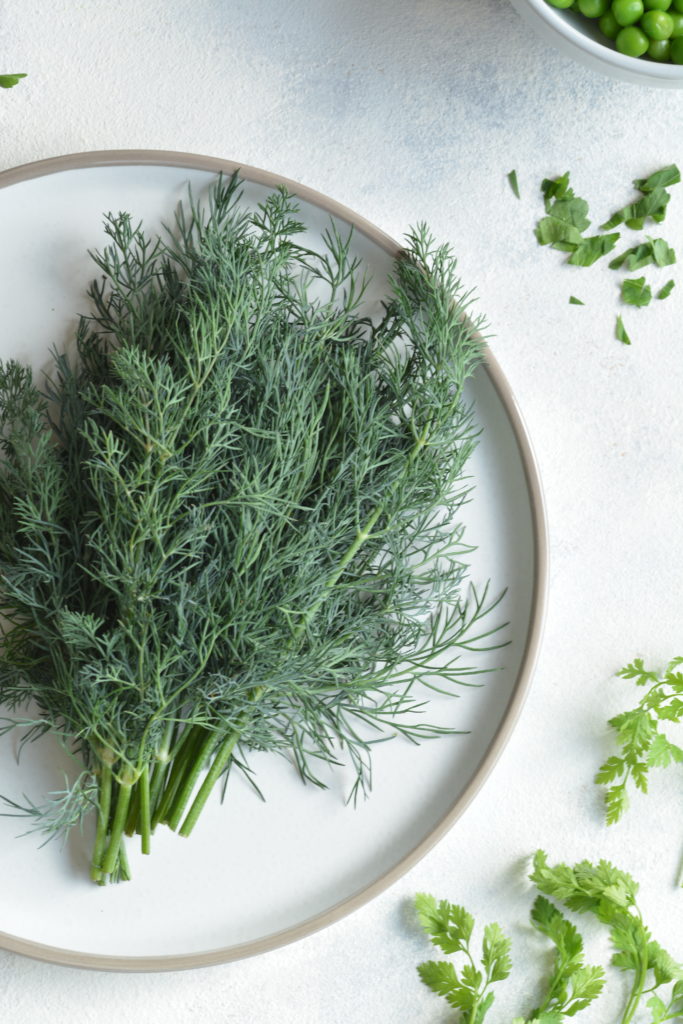 Drain the cashew nuts in a sieve and rinse them in cold water. Tip them into a blender, along with the almond milk, mustard and some salt and pepper. Whizz them to a smooth sauce and set aside.

Bring a large pan of water to a boil for the pasta, and a smaller one to cook the peas in.

Heat 2 tablespoons of the oil in a large frying pan. Over a high heat, fry the mushrooms until browned on both sides. You may want to do this in batches, to prevent overcrowding the pan. Season the fried mushrooms with salt and pepper, then lower the heat. Transfer the mushrooms to a plate and cover to keep them warm.

Meanwhile, tip the spaghetti into the boiling water and cook according to package instructions until al dente. In the smaller pan, cook the peas for 4-5 minutes until just tender.

Pour the last tablespoon of oil into the frying pan. Add the chopped shallots and cook them for a few minutes over a low heat until translucent. Stir in the garlic and gently cook for another minute, then pour the cashew cream into the pan. Heat the sauce to a gentle simmer.

Divide the pasta over four plates and serve immediately, scattered with the chopped herbs. 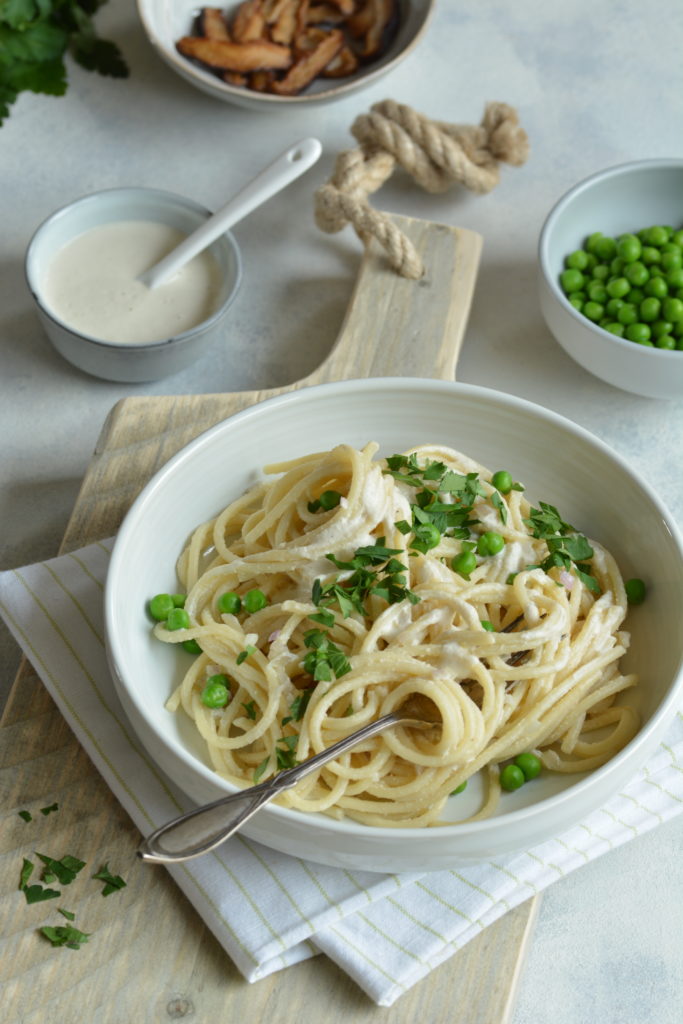